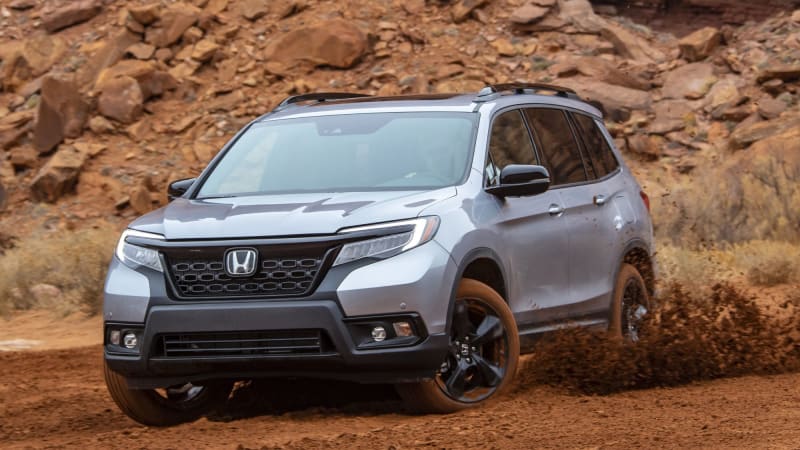 The larger, three-row Honda Pilot is a big crossover that’s squarely aimed at families, with lots of minivan-inspired convenience features to make life with a car full of kids more livable. The two-row Honda Passport is essentially a shortened Pilot, with one less row of seats and a bit of an attitude adjustment. Honda is pushing the Passport as more of an adventure-ready crossover, although that doesn’t mean the Passport is ready for the sort of ultra-rugged terrain a Toyota 4Runner can handle.

Instead, the Passport suggests a rugged, outdoorsy lifestyle with some sportier exterior accents, a slightly wider stance, and a little extra ground clearance. And it is the most rugged vehicle in Honda’s lineup. Let’s take a closer look.

In one sense, everything. This is the first year for the Honda Passport. The nameplate was last used on a rebadged Isuzu Rodeo SUV, back when Honda desperately needed an entry into the utility segment before its own original Pilot made it to market. 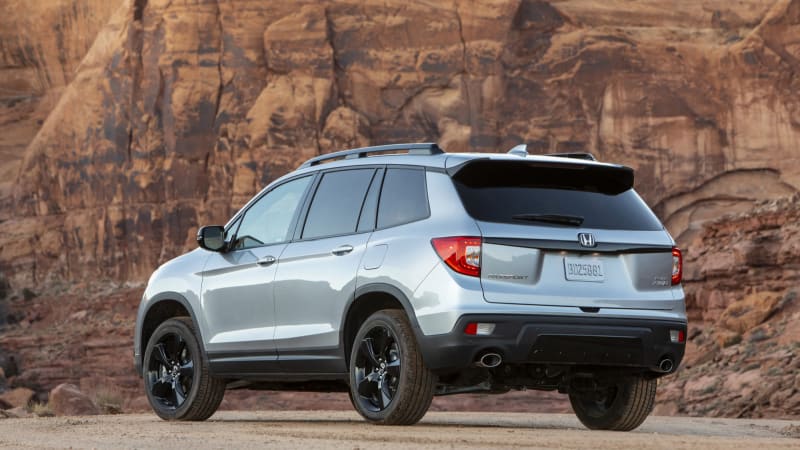 But in another sense, this is a very familiar vehicle. It’s mechanically very close to the Honda Pilot, using the same engine, transmission, all-wheel drive system, and much of the interior. The styling is clearly related to the Pilot but with a distinctly sportier nature.

If you’ve seen the inside of a new Honda Pilot, you’ll be right at home in the Passport. The first two rows are virtually identical. The Passport gets perforated leather on the steering wheel, and the second-row passengers get an additional 1.2 inches of legroom since there’s no third row behind them. 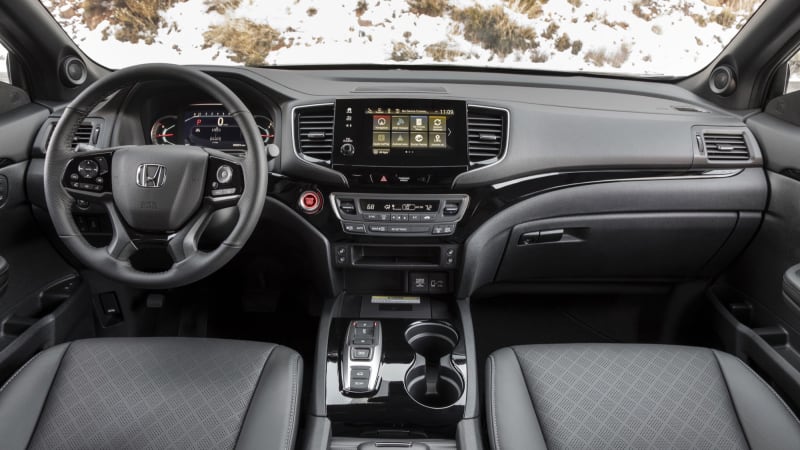 So while not much is different, that’s not such a bad thing. The Honda Pilot and Passport share the company contemporary interior aesthetic, which is clean and functional. The infotainment system has a volume knob rather than the rage-inducing touch capacitive slider that the company played with for a few years. The displays – infotainment and gauge cluster – are crisp and clear. Tuning, sadly, still must be accomplished with the touchscreen. Honda’s push-button transmission selector remains an annoyance that takes some focus and attention to operate. Storage solutions abound, from the deep center storage cubby to the useful bin underneath the cargo floor.

How big is it?

It’s a healthy two-row. The Passport is 190.5 inches long overall, on the same 111-inch wheelbase as the Pilot. It has 41.2 cubic feet of cargo space behind the second row. The Passport splits the difference between some of its competition, a little longer than the Edge with a tad more cargo room, and a little shorter than the Blazer with a lot more cargo room. Both the Edge and the Blazer have longer wheelbases, however, by about an inch. The Nissan Murano is a little longer on a similar wheelbase, with less cargo room. 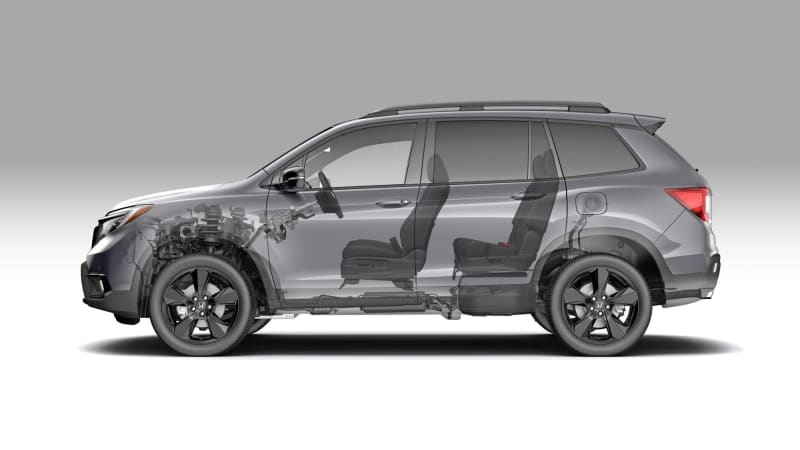 As far as major interior measurements go, the Passport’s competition is all over the place, with some two-rows edging out others in specific dimensions but not others. There’s no clear winner here in any particular metric, although it’s clear that cargo volume is a strength of the Passport. We have a robust comparison of specs and dimensions in this comparison between the Passport and its main competition if you want to learn more.

What’s the performance and fuel economy?

The Passport has only one engine and transmission offering: the 280-horsepower, 3.5-liter V6 paired to a nine-speed automatic. While we like the engine, its specs are solidly middling. So too are its fuel economy ratings: 20 city and 25 freeway for the 2WD, and 19/24 for the AWD. For rated (not real-world) economy, look to the four-cylinder Edge and Santa Fe. For outright power and performance, the Blazer and Edge offer 300-plus horsepower engine variants. 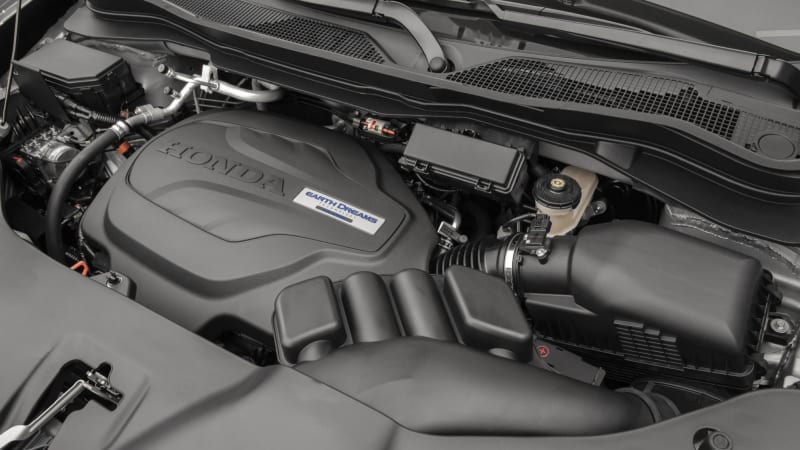 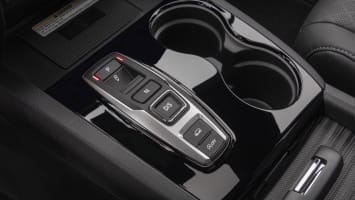 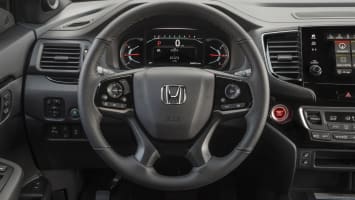 The Passport can tow up to 3,500 lbs, which is about average in the segment, although the Chevy Blazer with AWD can tow up to 4,500 lbs.

A lot like a Pilot! The springs are slightly stiffer, so the Passport doesn’t bob and roll as much on the road as the more boatlike Honda Pilot. Its steering is also slightly sharper, and the adaptive dampers keep it from tripping over imperfections in the road. Then again, it shows a similar reluctance to be hustled around a windy road as its big sibling. Let’s say that it’s a decent compromise for a “sporty” crossover in this size that, despite being sportier-feeling than the Pilot, is still not a sporty vehicle overall.

We’re looking forward to spending more time with the Honda Passport and its newer competitors, like the Chevy Blazer, to provide a more direct comparison. That said, the Ford Edge is the driver’s choice in the category, moving around with what our latest review called “a refined grace” and controlled body motions. Where the Passport is reluctant to be prodded to move quickly, the Edge seems to thrive on it – and the extremely sporty Edge ST is indicative of the general character of the Edge as a whole. Simply put, if dynamics matter to you above all else, the Edge is probably a better choice.

Where can I read more about the 2019 Honda Passport?

Start with our review of the mechanically-similar Honda Pilot, to which the Passport (and the Ridgeline pickup) are related. 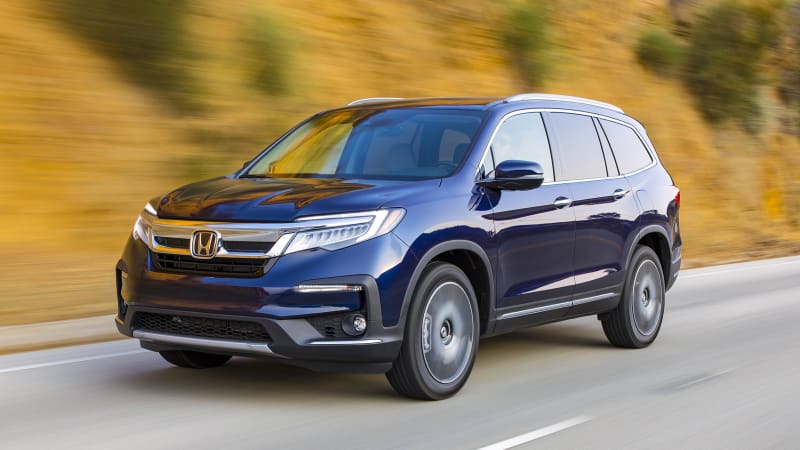 Then read our First Drive Review of the 2019 Honda Passport. We discuss why the Passport, which doesn’t break much new ground or stand out in the segment in any objective way, may move the needle for Honda in the great crossover wars. 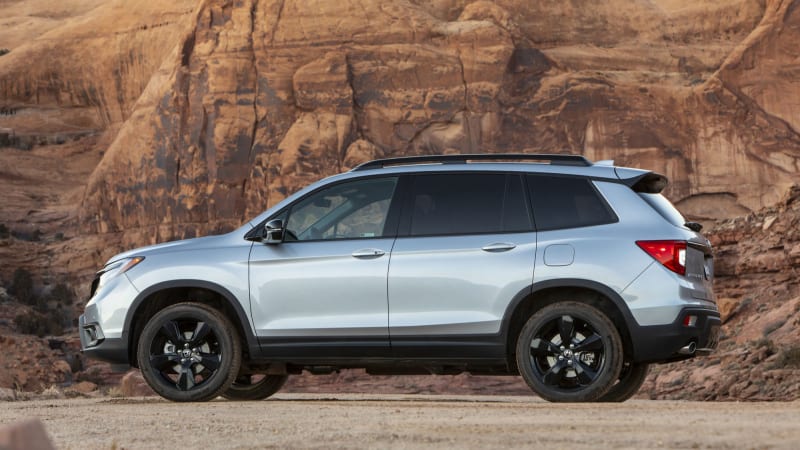 Honda Passport vs. the competition

And you can check out our extensive comparison of the Passport and its competitors. We extensively compared all the numbers and analyzed the results, so you can get a more in-depth understanding of how the Passport stacks up. 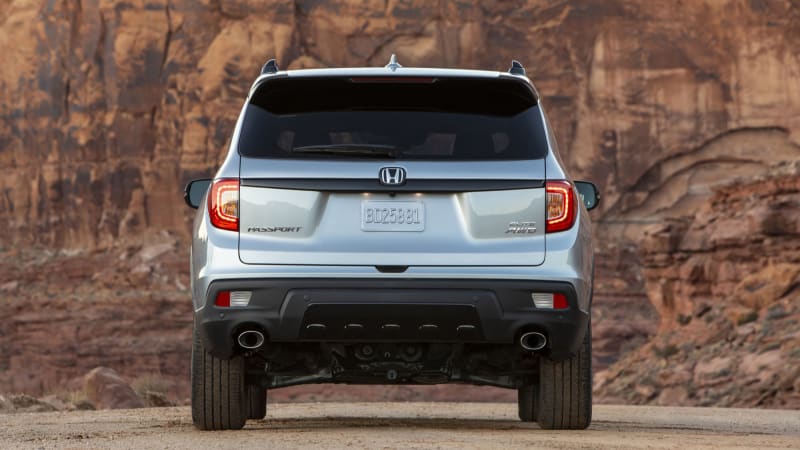 What are the available features and price?

The Passport is not the cheapest two-row in the segment – that award goes to the base four-cylinder Hyundai Santa Fe. As noted below, Honda stands out for its standard safety equipment among the competition. 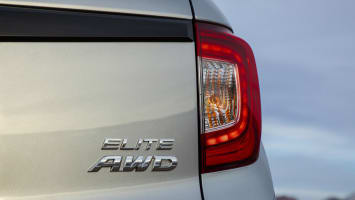 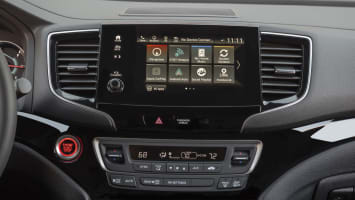 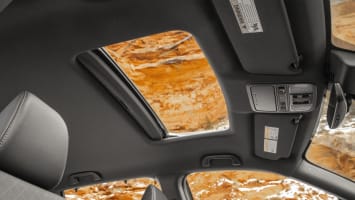 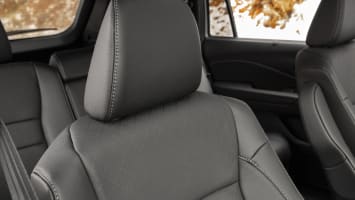 There are several additional trim levels with additional equipment. To see what extra features come on the EX-L ($37,455), Touring ($40,325), and Elite ($44,725) trim levels, check out this breakdown of features, pricing and specs here on Autoblog.

Note that adding AWD to any trim but Elite, which has standard AWD, adds $1,900 to the MSRP.

What safety equipment is available and what are the crash ratings?

Honda has made its “Honda Sensing” suite of safety features standard on all trim levels of the Passport (and the Pilot, too). As an aside, we strongly support the standardization of safety equipment and applaud Honda for not making buyers shell out for additional upscale content they don’t necessarily need just to get the safety equipment. Honda Sensing includes: Collision Mitigation Braking System featuring Forward Collision Warning, Road Departure Mitigation including Lane Departure Warning, Lane Keeping Assistance System and Adaptive Cruise Control. Unfortunately, the Blind Spot Information System is only available on EX-L, Touring, and Elite trim levels, and the Rear Cross-Traffic detection system is only available on the Touring and Elite trims. We wish Honda would make those features at least optional on lower trim levels. 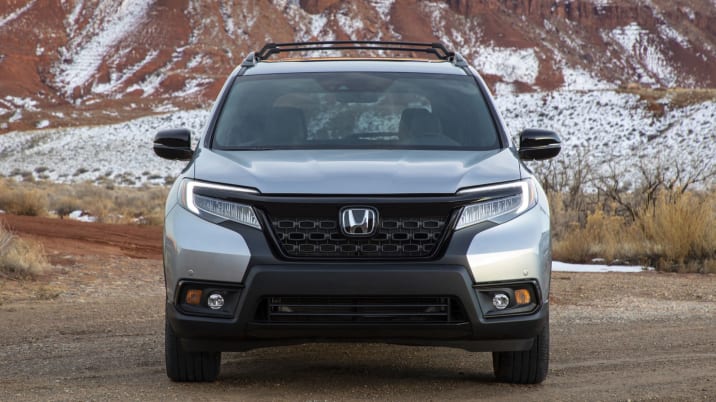 The Passport has not had a full battery of crash tests yet. NHTSA has yet to do a rollover test on it, but the Passport received a four star overall front crash rating and a five star side impact rating.

IIHS has done a full test on the 2019 Passport, and it received a Top Safety Pick rating. All subtests received good marks, although the small overlap front test received an acceptable rating for the front passenger and the company dinged the child seat LATCH anchor ease of use as “acceptable” rather than good. The optional LED reflector headlights on the top two trips got a “good” overall rating, but the standard LED lights on other trims got merely an “acceptable” rating.

Overall, the Honda Passport is a safe vehicle by today’s standards and we have no particular concerns other than the unavailability of certain useful safety features in lower trim levels.

You can choose it as your ideal vehicle. There are several options of type, series, special specifications and colors. Compare and Find the right one for You!

See Outlet Stock that available at your place and GET EXCLUSIVE DEALS!

Steps To Get A Car Repair Estimate
2100 Views